Imperial machine keys are simply machine keys that have dimensions listed in imperial units also referred to as the imperial system which was used by the British Empire and adopted by the rest of the world by the late 19th century. For over 90 years, this standard is also known as the ANSI standard, which stands for the American National Standards Institute, and serves as coordinator of the U.S. private sector, voluntary standardization system. Finally, these machine key measurements are also known as the ASME standards from the American Society of Mechanical Engineers.

The other type of machine keys would be metric or keys that have dimensions using the metric measuring system. 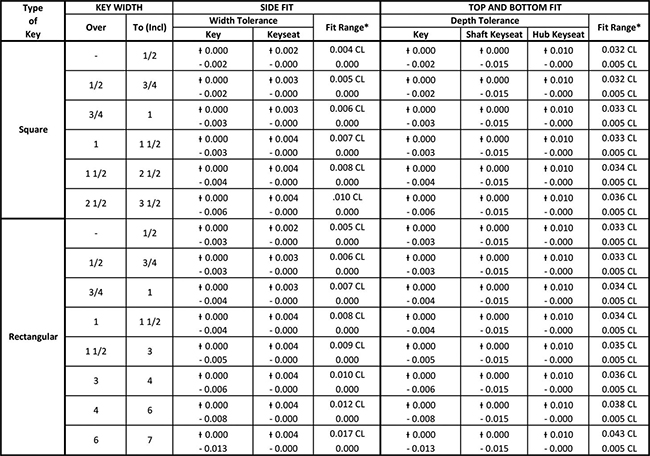 *Limits of variation, CL = Clearance
All dimensions given in inches.

For more information about our Imperial machine keys, call us today at 724.846.4660 or click here to contact us.